Walking Beside a Warrior 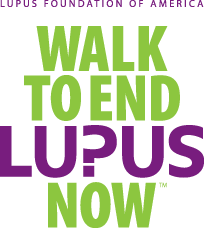 If you've been a part of my fundraising efforts before, you know that I believe in activating many people to give small, instead of few people to give big.  This year is no different, though I am going to run my walk in a different way.  I am going to give, every day for the next 50 days (starting 8/25), $10 to the cause.  I hope that along the way I inspire a few folks to join me, hopefully at least one per day.  If that can happen, then we will have raised another $1000 for Lupus Research!   $1000 may not seem like a lofty goal, but $1000 added to the many many thousands raised by thousands of other walkers across the country, results in MILLIONS of dollars raised to help fight this awful disease.

However you've landed on my page today, I thank you for being here, and if you feel so led, I'd be honored to accept your donation to the cause as well!

Here's why I'm doing this:

I live with a Warrior.

She does not.  She is a Warrior.

She has never been particularly forthcoming with the challenges she faces, nor with asking others to help.  Warriors are funny that way.  Now, though, she has become laser-focused on telling a story to the world that is often overlooked.  She wants to spread awareness of Lupus, what it does - what the experience of fighting this Wolf is truly like.  She wants people to see the images, to hear the stories, and to help us rid the world of this awful disease.

It all starts now.

On October 16, we will be Walking Virtually to help raise awareness.  But the march has already begun.  We are gathering donations for the cause, to put towards research to ending the disease, to better identifying it (often takes years) and also to better treating those affected until there is a cure.  This page will remain open for donations until 10.16.21 , and I will be posting links to it multiple times on social media, through email, etc.  I hope that you will not only give, but share this and encourage others to give.

This Army needs more Warriors, and I'm asking you to be one.

Together, we can solve the cruel mystery of lupus. Thank you for your generosity!

THANK YOU TO OUR GENEROUS CORPORATE SPONSORS