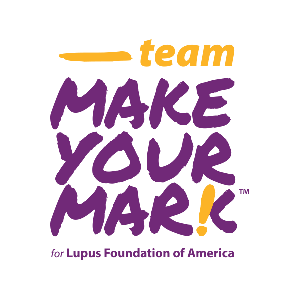 I am an ultramarathon runner who suffers from lupus. If you've heard of lupus, you are among the few. Its an autoimmune disease that attacks the very DNA of the person suffering from it. How does someone with lupus actually run 100 miles or more at one time? Well, it's not easy.

By all accounts, I have had a pretty successful year of running. I won a 51 mile race at Badwater Cape Fear and finished as the first female at Badwater Salton Sea. I set a new course record at the Christmas in July 12 hour race in Chicago. These performances allowed me to fulfill a dream of competing in what is known as the "Toughest Footrace in the World"....the Badwater 135 mile run.

And then I had a stroke. That was followed by a bad lumbar puncture that put me on bed rest for two weeks.

I wasn't sure if I would ever run again. I wasn't sure how long it would be before I could walk again. The left side of my body just didn't function very well.

Yet I was already scheduled to run at a very prestigious invitational meet in December. I would be running with the best of the best from all around the world.

I fought back. I did my strength training in bed while still in the hospital. I worked on learning to walk again and regaining my balance. I taught the left side of my body to cooperate with the right side again.

Flash forward to December at the Desert Solstice invitational. Even though my body still didn't function the way it did before the stroke, I still was able to dig deep and set three new American records in the master's division. I set records for the 50 mile race, the 100K distance, and miles run in 12 hours. With the medications that I was on to prevent another blood clot and stroke, my bones became weaker than normal. At some point during that race, I fractured my hip. I continued to run through the pain and ended up finishing as the 3rd female in the 100 mile race.

Now on to the purpose of this GoFundMe page:

Badwater is a 135 mile race that begins at the Badwater Basin (the lowest point in the contiguous United States), traverses through all of Death Valley (the hottest point ever recorded in the world at 134 degrees Fahrenheit, in the middle of July (the hottest time of year, obviously) and finishes at the trailhead of Mount Whitney (the highest point in the contiguous United States). It's pretty clear why this is considered the "Toughest Footrace in the World."

Even though the past year has been rough for me physically, I want to run this race as the first person ever to complete it with lupus. I think this is a wonderful way to bring awareness to a disease that many people may be affected by and not even know it.

Why is this race so important?

I am competing in this race in order to bring awareness of Lupus, as well as to bring hope to the estimated 5 million people worldwide who have this devastating disease. I want to be an example of living life to its fullest regardless of the disability, pain and chronic fatigue that it causes. I want to have a platform to raise money for research and better treatments through the Lupus Foundation of America. No one with systemic lupus has ever completed Badwater 135. I want to be the first. I want to show all those suffering not only from lupus, but any physical limitation, that anything is possible.

I am extgremely grateful to the Fort Wayne Running Club and Ryan Perkins with Acuitas Financial Group for their generous donations. Also, thank you Altra Running for your support and keeping my feet happy! I am getting closer to my dream of toeing the line in Death Valley this July and ultimately crossing the finish line on Mount Whitney. Thank you for making this dream a possibility and for helping those with lupus all around the world.